Water baptism is a command of the Lord Jesus (Mt. 28:19) and is the response we should make to the Gospel once we have been saved (Acts 2:37-41; 8:35-38). But it is not, as some as taught, an essential requirement for salvation. This is evident from Scripture, where it is quite clear that there were many people who were born-again before they were baptized in water--Cornelius and his friends, for example (Acts 10:44-48), and some disciples whom Paul happened upon at Ephesus (Acts 19:1-7). While water baptism is an important act, both of obedience to God and as an outward witness of the inward change that has taken place, it plays no part whatsoever in obtaining salvation for us. Salvation can only be obtained by faith in the redemptive work of Jesus on the cross. It is faith in what Jesus has done that saves us, not faith plus water baptism.

Just as circumcision did not confer righteousness upon Abraham (Rom. 4:9-11) but was simply a sign that he had previously (over thirteen years earlier) believed and been made righteous by faith, water baptism does not actually confer righteousness on us but is simply a sign that we, too have believed and been made righteous by faith. When Jesus was baptized by John, He explained that He did it to fulfill all righteousness--which means, in essence, that He was baptized in order to demonstrate the righteous condition of His heart. In doing so, He established a blueprint for us all to follow.

So, while water baptism cannot save us, it does have great benefit as an action that both resists the devil and acts as a witness, identifying us as being one with Christ.

The Greek word for "baptize" is baptizo, and its literal meaning is to cause something to be dipped into and then removed from a different medium. This word was used in various contexts in classical Greek literature. For example, in the fourth century B.C. Hippocrates used the term to describe sponges dipped and people being submerged in water. Later, in the first century B.C., the Greek historian and essayist Plutarch used the term in a similar way to describe a body being immersed in the sea.

The qualification that to be baptized in water, a person must first be saved has important consequences. To be saved, a person has to choose to be saved. No one can be saved by accident, by someone else believing on their behalf, or because another person (even God!) wants them to be.  God has given all people free will, and to be saved, they must exercise it by believing in their hearts and confessing with their mouths (Rom. 10:9-10; Acts 8:37). If they are to believe in their hearts, they must have some basic understanding of what they are believing. Babies and very small children are not able to do this. (They would nevertheless go to be with the Lord if they died because sin is not imputed to a child who does not have the capacity to decide to go against God's will (Rom. 5:13; 7:9)). It follows, then, that babies should not be baptized in water--since they have neither the ability to believe in their hearts and confess with their mouths nor the ability to decide to witness to such belief by water baptism. That is why a person who has been through a baptismal ceremony as an infant and later became a Christian decides to be "re-baptized," as the first "baptism" was not a true baptism in accordance with the teaching of Scripture.

The New Testament model for water baptism entailed that the event took place very soon after a person was saved. The Ethiopian eunuch, to whom Philip explained the Gospel as he was carried along in his chariot, was baptized immediately (Acts 8:36-38). The Philippian jailor and his family, who were saved when an earthquake hit the prison, were baptized before the next day dawned (Acts 16:30-35). When Peter preached on the Day of Pentecost, 3,000 people were saved, and they were baptized that same day (Acts 2:41)--quite an undertaking. And there are other New Testament examples (Acts 8:12; 9:18; 22:16) that show that the normal expectation was for water baptism to follow shortly after a person was saved and had received basic teaching in the faith. We do not find any instances in Scripture where baptism occurred more than a few days after the conversion, and there is certainly no scriptural precedent to support a lengthy delay before undergoing what should be an early response of faith to the ending of an old life and the beginning of a new one. That is not to say, however, that if a person was born-again many years previously and was not baptized at the time, it is now too late! It isn't--and it is certainly a step that should be considered very seriously.

As we have already seen, the meaning of the word "baptizo" is to cause something to be dipped into and then removed from a different medium. In the book of Acts, this method of baptism by "dipping," or total immersing a person in water and then bringing them out, is the only one described. Later, and for a variety of reasons, different practices were introduced, such as sprinkling or pouring water over the head. While various branches of the church have accepted and adopted these practices, there is no scriptural basis for changing the only method of water baptism endorsed by both the Lord and the Apostles--total immersion.

In Matthew 28:19, we find Jesus on a mountain in Galilee giving the Great Commission to His remaining eleven disciples, and there, He gave further instructions as to how water baptism should be administered: "Go ye therefore, and teach all nations,baptizing them in the name of the Father, and of the Son, and of the Holy Ghost." 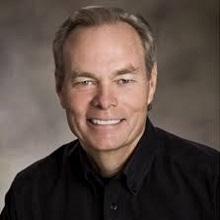 Andrew brings the simplicity of the Word of God and the revelation of grace into every classroom. Sharing from his decades of study in Scripture, Andrew is able to teach the Word in a powerful and practical way. His classes include A Sure Foundation, Basics of Righteousness, Relationship with God, The Making of a Minister, and more. Students can expect to receive the truth of the Word from someone who has lived out everything he teaches.

return to Our Blog

More from Our Blog 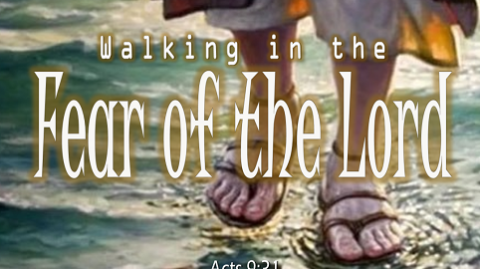 Walking in the Fear of the Lord 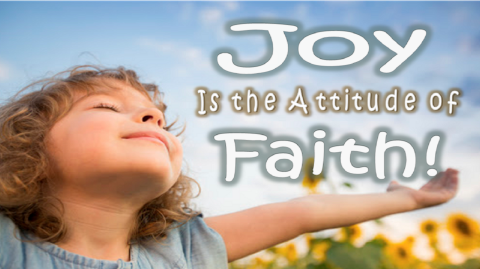 Joy Is The Attitude Of Faith 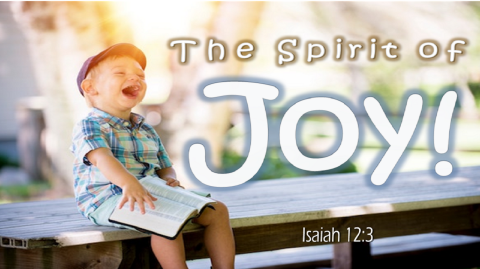 The Spirit of Joy